Every once in a while it is fun to do a personal project. I have been wanting to update my own branding imagery for quite some time now and recently I was afforded the time to do so. I have used the same motif for a while now, a shield and crown, kind of a modern look at a family crest. I have always held a certain affliction to family crests and monograms, in some ways they seem to be a lost art. So with that in mind I set out to Update the look to a more traditional crest while still giving it an upgraded appearance

The first objective was the shield. My current logo is very geometric with mostly hard straight lines and I wanted to do aways with that. In addition to the shield I wanted to update the visual mark I used on the shield. For the shield I wanted it to be easily recognizable as a shield. I think in the current solution the fact that it is a shield gets lost into abstract obscurity. However, in wanting to give it more of an updated feel I decided to not go for a traditional shield shape that usually starts with straight sides and some form of rounded or curved bottom. I feel that these traditional shields tend to be boxy and stay with the angular and geometric feel. To stray away from this I opted to make my shield more rounded giving it a softer and more updated appearance. The shield shape was also influenced by my love for the sport of soccer. It is a shape that is repeated through out the globe in team brands through out the soccer world and I wanted to pay homage to that. 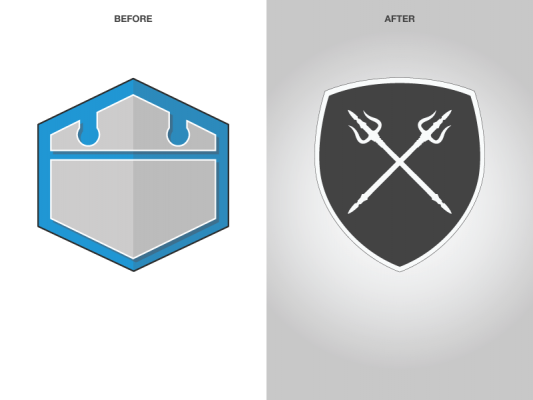 The second part of the main visual piece was what goes on the shield. After many various drafts and ideas I settled on crossed tridents. At first this may seem a little out there, however, my name, Ky, means ocean in many different languages through out the world and I wanted to pay homage to this as well. At first I started with the normal iconography of waves and other ocean motifs, but in the long run I decided to draw on another love of mine and that is mythologies, specifically Greek and Roman.

With the decisions of the shield, shield shape and iconography to go on the shield I am very happy with the ending result. It is something that I enjoy visually as well as something that has deeper meaning into some of my personal interests and  who I am as a person. After finishing that I decided I may as well fill it out into a proper crest and the final results are something I truly enjoy. 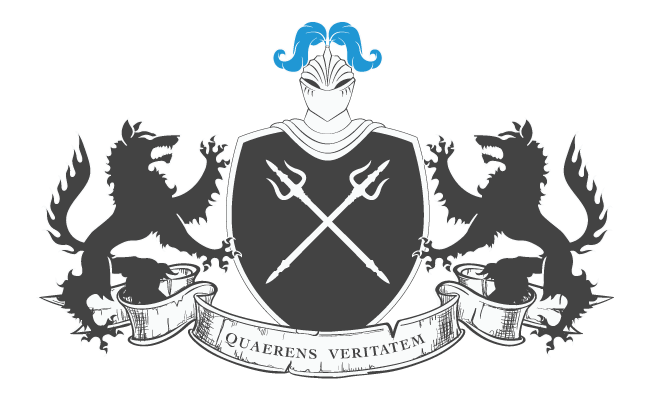